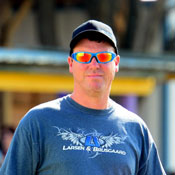 Chris Hall started skydiving in June of 1990. Having watched his father jump since the age of 2, it's safe to say that skydiving has been in Chris' DNA. It was no surprise to anyone that Chris would make a career in skydiving.

Also, Chris has been enamored with aviation and has been as passionate about flying planes as he has been jumping from them (a very rare combination).

Chris' love for skydiving accelerated to new heights when he made his first skydive at age 18. One could say that the day he jumped was when his life truly changed. Since that first jump, Chris has made more than 5,000 skydives! Of his 5,000 jumps more than 4,000 have been in the role as a camera flyer. On his 100th jump he started to film skydiving and he was hooked.

Chris has also picked up just about every skydivng rating one can have making him invaluable to his operation. Chris has earned his Static Line instructor rating, Sigma Tandem Instructor rating, AFF Instructor rating, S&TA (Safety and Training Advisor), PRO rated (exhibition skydiver rating), and is also a Multi-engine commercial pilot (over 1000 hrs flying skydivers) an A&P mechanic and FAA senior rigger.

It's clear to see why Chris strives to maintain one of the best skydiving center's in America. He's passionate about the sport and has made a career and commitment to growing the sport and his business. 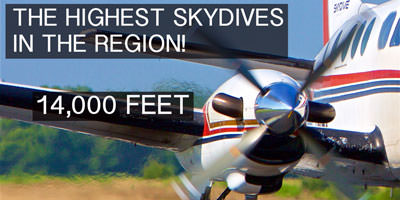